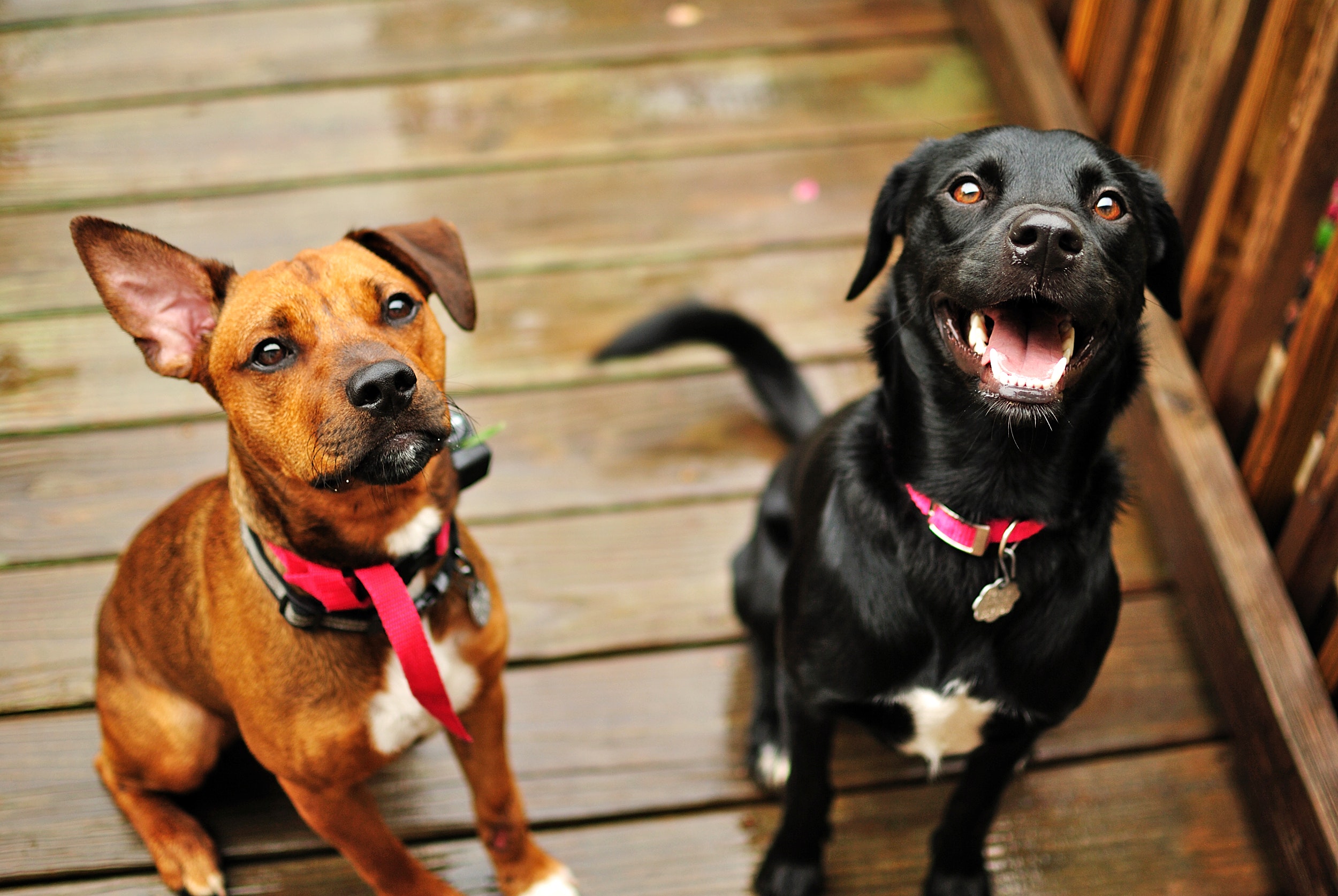 One of the most important and underrated aspects of having a dog is understanding that specific breed’s origins. What they were originally bred for and how the world has changed since those days. This is often the first thing I teach my clients and students because most, and I mean most people adopt a dog off face value, esthetics, cuteness, etc. not taking into account the history of the breed and how that affects their choice if it’s a good dog for their lifestyle. No breed is a fluke. They were all bred for a specific purpose hundreds if not thousands of years ago. Long before we had we had technology we had dogs. They were the modern day technology of their time. They were the Fed EX, the iPhone, the rifle, the medication, the engine, the security guard, and the exterminator before we had those things. In many cases they’re still doing those jobs today. To this day ranchers still use herding dogs to keep cattle together. Huskies are still used much of the tundra areas of the globe. And Jack Russell terriers are still used to kill vermin on ranches. I’ve had two Jack’s myself and I lost count of their rat kills. But these are far and few between cases because 99% of the population nowadays get dogs for companionship. This is good and bad depending on the breed and that person’s specific set up and situation. When I get a client calling me to help me with their dog the first thing I ask them is if they know what their breed was used for hundreds of years ago. Most of the them have no idea. This is where their problem began because if they just did a little research they’d have known not only what their breed’s origins were but also what dog would’ve been better suited for their specific situation. Now of course I’m not going to tell them to return the dog so now we have to make adjustments to be a little more accommodating to their dog. Most clients don’t like hearing this because they’re paying me to solve their problems. My response to them is always “I AM solving your problems.” I remember one client telling me their Husky was out of control. They just want him to sit on the couch and chill with them. I had to remind them that the Husky was originally bred to pull sleds in the snow and ice in tundra climates so keeping them confined in their apartment with no yard is basically neglect for this animal. This breed was designed to not only have energy but to have sustained energy because it needed to pull the sled for hours at a time. The original breeders that bred the Husky knew exactly what they were doing because the dog was bred long before the car engine was around. If this client wanted a lap dog they should’ve gotten a Maltese. Regardless I recommended a dog walker and a mandatory dog park visit everyday after work. If they don’t do this their problems will just continue and most likely get worse as the dog gets older. I always say if we can’t train it we adjust with it. In other words no trainer on the planet can train the energy out of a dog. Find me one that can and I’ll give them more work then they can possibly imagine. Energy obviously needs to be depleted naturally by a walk, run or play. Getting rid of that husky energy was the root of their problem and after a good long romp in the park the dog was tired and well mannered for the remainder of the day.

This was just one story of many. I’m constantly educating owners on breed history because I firmly believe that understanding the origins of your dog is the best way to not only form a game plan to train them but also get a routine going that’s best suitable for them. The dog world is broken down into groups. Understanding groups is an ideal way of understanding a breed’s history. The groups are as follows: Herding, Hound, Terrier, Working, Sporting, Non Sporting, Toy and miscellaneous. These are the basic groups that dogs are categorized in and an easy way to understand origins and what they were bred for. The herding group for example were bred to either herd or guard livestock. These breeds are generally very intelligent but have extremely high energy. These dogs do not do well in apartments or places with no yard. They require a ton of exercise and training and can be very destructive if you don’t allow them to get rid of that energy. These dogs MUST get plenty of exercise on a daily basis. Do this and you’ll have an incredible animal. Do it not and you’ll have a problem dog that you exacerbated.

The Malinois is a great example of a breed people get without knowing the animal’s origin. This is a breed the military and law enforcement swears by because of it’s high energy work drive. And people see police walking with these dogs and automatically assume if the police have them they must be the perfect dog. This is where the problem begins because people are getting the dog off face value paying zero attention to the dogs origins and needs. It’s true it is the perfect dog…if you’re military or law enforcement. This is a breed specifically bred for work and when it’s doing it’s job it really is one of the most incredible things you’ll ever see. When you don’t give it a job it’ll frustrate the animal causing it to release that pent up energy in ways that you might not like. They become extremely destructive and anxious because they’re not working. This is a working dog so it’s typically not a great family pet. How you raise them won’t change their instinct. If you have a Malinois that’s calm and great with strangers, congratulations. They’re the exception, not the rule. Any military or law enforcement agent would agree with me. Owning a Malinois is kind of like owning a machine that requires a safety course to operate it. If you haven’t taken that course you might not be able to operate the machine properly. Heelers are another great example of people that get dogs because of esthetics and don’t read about their history. These dogs were bred for herding cattle so genetically they have high levels of energy that must be depleted daily. Furthermore they’re known to be a very nippy breed. There’s a very simple explanation for this behavior. Heelers are nippy by instinct because they keep the herds together by nipping at the heels of the cattle; hence the name “Heeler.” This explains their behavior with people as they’re known for not only herding humans but nipping at our heels as well. Typically it’s not an aggressive nip, just an instinctive one to herd. How you raise them won’t change that behavior because it’s pure instinct. Beagles and Bloodhounds have noses more powerful than humans can even imagine so if your hound isn’t listening to you when you call them to come don’t worry…that’s just a hound’s nose overriding it’s ears. These dogs were bred for hunting because of their incredible sense of smell so they’re only doing what their DNA is telling them to do. This is why so many people have issues with hound’s not listening. How you raise them can’t change that because their instinct is telling them sniff instead of listen to their owner.

I could go on for days on this subject. I could even write a book on it because it helps people so much on answering questions with their dog. My point behind all of this is very simple and it’s a huge silver lining so please pay attention. With very few exceptions most of the breeds living in our houses today weren’t originally bred to be on a couch, in a quiet home surrounded by walls. They had jobs long before we were born and instinct is more powerful than any trainer on the planet. Knowing your breed’s history is vital to knowing what they were originally bred for but also forming a game plan for training. Now it’s a given that I prefer rescue over breeding for the simple reason being millions of dogs a year are euthanized because they can’t find homes. One of the main reasons for this is because people often bite off more than they can chew with their dog and dump them at the shelter when it becomes too much for them to handle. Seeing that cute little puppy in the pet store window or in the shelter always melts hearts and people make impulse decisions. They adopt the dog on the spot not taking into consideration the dog’s needs and what environment they need to live in. It completely pisses me off when I see people at the shelter or a pet store do this because I’ve often overheard their conversations about how their apartment might not be suitable for the dog but they get it anyway. I can tell when they walk out the front door that puppy will be dumped at the shelter a few months later. Many times the process repeats itself where the dog gets adopted and returned time and again because people just aren’t educated on what the dog was bred for and it’s basic needs. In turn this makes the dog’s behavior worse as it gets older because now it’s an adult dog with little education and has basically been given no boundaries it’s entire life all because of someone’s poor decision. Now it’s a difficult animal to handle and most people just aren’t equipped with the knowledge how to fix it…so the dog becomes unadoptable. Eventually the unadoptables get euthanized. It’s a sad domino effect that will continue to happen. This is why I stand so firm on the subject. It begins and ends because of us. I’ve been working in the trenches of the shelters now for almost 20 years now and have seen it over and over. It’s like watching someone get into a car with faulty brakes. I tell them the car will crash but they won’t listen and they drive off. This is why I’m so passionate about this stuff…

Breeds all have an origin and while our world as humans has changed over thousands of years…genetically the dog’s world really hasn’t changed much. They’re not much different than they were thousands of years ago and that’s the beauty of the dog. We have a little piece of living history right in our house. Whether they’re a cattle herder, a bull fighter, a sled puller, a hunter, a security guard, a rat killer or just a companion, we’re often looking at an animal that was designed to make life easier when the earth was still thought to be flat. And knowing exactly what they were bred for will enable us to make the right decisions with them…and that my friends makes us good dog parents.